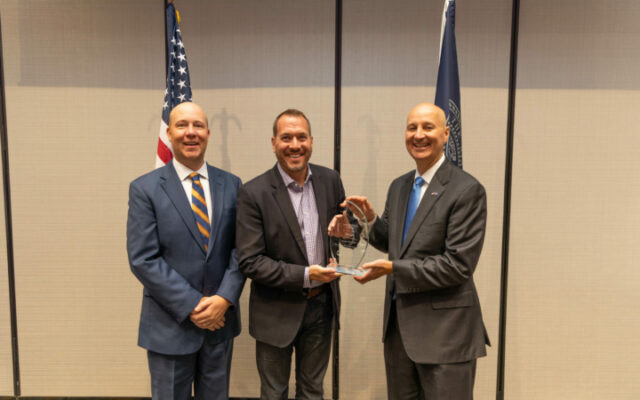 (KFOR NEWS  August 11, 2022)   The Nebraska Diplomats Tuesday night named Google as the state’s business of the year. The Diplomats, a statewide economic development organization, presented the awards at a banquet Tuesday night in Kearney.

In April, Google announced plans to invest at least $750 million more in Nebraska by building its first Omaha data center. The company will also add to its Papillion data center complex. This latest investment, along with $600 million in 2019, will put the company’s investment into operations in Nebraska at more than $1 billion. Google said in a new report that since 2009 it has awarded more than $2 million in grants to Nebraska nonprofits and schools and nearly $2.4 million in free search advertising to area organizations.

Google’s contributions to grow communities and enhance the Good Life are numerous. Most recently, Google announced a $100,000 contribution to Omaha’s new main library facility. The company is also partnering with trusted community institutions across the state to bring digital skills training, grant funding and other resources and services to more Nebraskans. Google’s commitment to technology enablement is bringing added focus and results through Nebraska’s 21st-Century tech transformation.

Grow with Google has partnered with more than 80 organizations to train more than 56,000 Nebraskans on digital skills, including public libraries, chambers of commerce, community colleges and more.

For the full list of award winners, visit this link. For more information on the Diplomats, visit their website, https://nediplomats.com/.