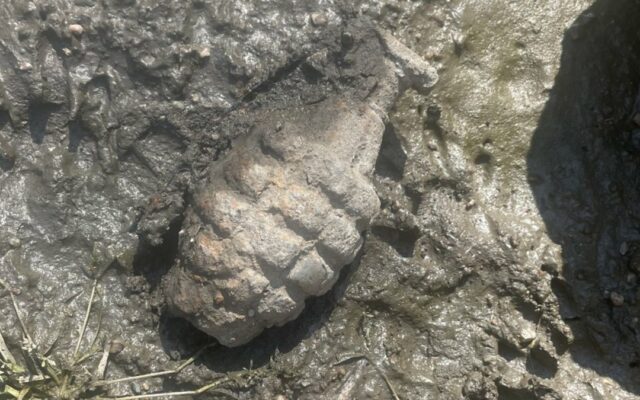 A grenade found in the bank of the Big Blue River on Sunday afternoon near Seward. (Courtesy of the Seward County Sheriff's Office)

The Seward County Sheriff’s Office says deputies responded to the area of 294th Road and Bluff Road and requested assistance from the Nebraska State Patrol Bomb Squad. An investigator determined it was a live grenade and the bomb squad conducted a controlled detonation on scene.  No one was hurt.

The Seward County Sheriff’s Office would like to remind anyone that comes in contact with unexploded device to contact the nearest police agency and leave them untouched. As to how this grenade ended up in the riverbank has not been determined.