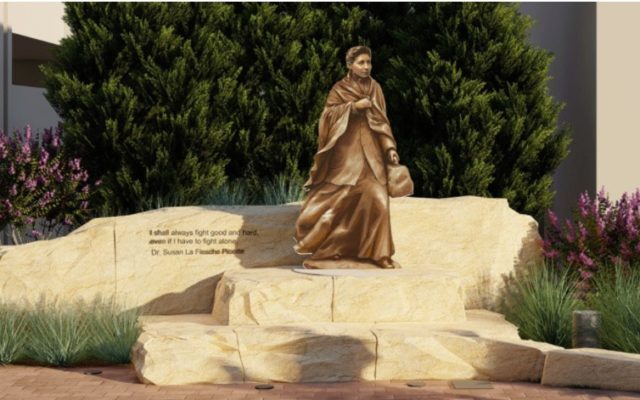 Lincoln, NE (October 6, 2021)  The Nebraska Commission on Indian Affairs (NCIA) has announced the schedule of events which will take place in Lincoln on October 11 to honor the State’s 1st official Indigenous People’s Day observance. The  observance was enacted into law through legislation introduced by State Senator Patty Pansing Brooks and  passed by the Legislature in 2020.

“On behalf of the NCIA Board of Commissioners, I thank Senator Brewer and Senator Pansing-Brooks on their  efforts to introduce legislation that ultimately led to Indigenous People’s Day being recognized by the State of  Nebraska,” said NCIA Board Chair, Larry Wright, Jr.

“This day recognizes and brings attention to our people who called this place home long before statehood. The  name of our state in and of itself is based on indigenous language. This day celebrates contributions like this and  others that our ancestors were such an integral part of. It celebrates our Indigenous people today that call this  state home and their contributions.”

“For the first time, Nebraska will celebrate Indigenous Peoples’ Day as an official state holiday,” Senator Pansing  Brooks said. “This new holiday presents a tremendous opportunity to honor the humanity and contributions of  our First People to the State of Nebraska. Indigenous Peoples’ Day is a day to reflect on our past as well as a day  to challenge ourselves to build a brighter and more inclusive future for all our people.”

“The Nebraska Commission on Indian Affairs has done a fantastic job planning our First Indigenous Peoples’ Day  and fulfilling our vision when I brought the bill creating this holiday. I am excited to be part of this first  celebration, including the unveiling of the glorious Dr. Susan La Flesche Picotte sculpture. I look forward to  celebrating this day annually.”

The day’s events will begin with a 9:00 a.m. tribal flag dedication ceremony in the State Capitol.  Leadership of the four tribes will participate in this ceremony that will take place in the Warner Chamber, and feature comments by State Senators Patty Pansing Brooks, Tom Brewer and  Nebraska tribal leaders. As mandated by Nebraska Legislative Bill 848, the flags of the four federally recognized  Nebraska tribes (Omaha, Ponca, Santee Sioux and Winnebago) will then be placed in the Chamber for permanent  display. The dedication ceremony will also feature an honor song and tribal color guard procession.

State Senator Tom Brewer who introduced the flag amendment commented, “As our state’s first Native American State Senator, I was proud to introduce the amendment to the Indigenous Peoples Day bill adding the placement  of the tribal flags in the historic Warner Chamber. With Indigenous Peoples Day, we recognize the history, the  culture and the people with a day, however with the addition of the tribal flags in the State Capitol we will also  add a permanent and year round recognition of the tribes as sovereign nations within our state.”

Immediately following the flag dedication event, the Winnebago Tribe of Nebraska will give a Powwow dance and  drumming exhibition in the Capitol Rotunda on the 2nd floor.

Senators Brooks and Brewer will then host an open to the public reception in the first floor State Capitol cafeteria  and courtyard immediately following the ceremony.

The piece, which was commissioned and gifted to the city by long time Lincoln community advocate Larry Small,  will be situated on the plaza near the Scottish Rite building. Small said that he wants the sculpture to educate  viewers about Dr. La Flesche Picotte with a strong emotional feel that leads people to want to learn more about  the historic figure. “When public art is done right by an artist such as Ben Victor,” Small remarked, “the history and the art, mixed with emotion, bring a synergy to the viewer and WOW, you feel it.”

The journey of creating a sculpture that encompasses Dr. La Flesche’s legacy has been both “humbling and life changing,” said artist Benjamin Victor. “One cannot overstate the intelligence, work ethic, fortitude,  selflessness, and compassion of Dr. Susan La Flesche Picotte.”

Additional information can be obtained at the Indian Commission webpage at: www.indianaffairs.state.ne.us