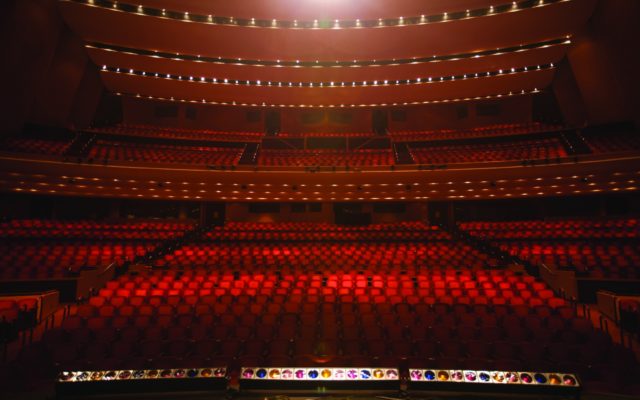 National tours of Jersey Boys, The Band’s Visit, Come from Away, Charlie and the Chocolate Factory, and Jimmy Buffett’s Escape to Margaritaville will make up the 2021-2022 season package.  Patrons who purchased tickets to the postponed 2020-2021 season have had their tickets automatically transferred to the 2021-2022 Broadway season. In addition to the five shows in the season package, the Lied Center will also present the national tours of Beautiful – The Carole King Musical, Riverdance, Madagascar, and the Tony Award®-winning revival of Oklahoma, along with the return of Broadway superstar Bernadette Peters!

Lied Center Executive Director Bill Stephan says, “Intermission is over at the Lied Center, and the return of Broadway is truly a celebration! The Broadway party kicks off in September with Jimmy Buffett’s Escape to Margaritaville, which is fun and escapism at its best. Then, spring 2022 is wall-to-wall Broadway at the Lied! From the Nebraska debut of The Band’s Visit, which won 10 Tony Awards® including Best Musical in 2018, to the deeply moving and uplifting Come From Away, to the family fun of Charlie and the Chocolate Factory, and so much more, this season offers something for everyone. We’ve never had this many Broadway shows in a single season, and we’re so excited to welcome audiences back in a big way!”

Broadway season packages go on sale to the public May 19. The Lied Center anticipates 2021-2022 Broadway shows will be presented with full-capacity seating, with masks being required until further notice. Information and tickets are available at liedcenter.org.

Welcome to Margaritaville, where people come to get away from it all—and stay to find something they never expected. With a book by Emmy Award® winner Greg Garcia (“My Name is Earl,” “Raising Hope”) and Emmy Award® nominee Mike O’Malley (“Survivors Remorse,” “Shameless”) ESCAPE TO MARGARITAVILLE is the musical comedy featuring both original songs and your most-loved Jimmy Buffett classics, including “Fins,” “Volcano,” “Cheeseburger in Paradise” and many more. USA Today calls it “A little slice of paradise!” and Entertainment Weekly raves, “It will knock your flip-flops off!” So don’t let the party start without you!

Charlie and the Chocolate Factory

Roald Dahl’s amazing tale is now Lincoln’s golden ticket! It’s the perfect recipe for a delectable treat: songs from the original film, including “Pure Imagination,” “The Candy Man,” and “I’ve Got a Golden Ticket,” alongside a toe-tapping and ear-tickling new score from the songwriters of Hairspray. Get ready for Oompa-Loompas, incredible inventions, the great glass elevator, and more, more, more at this everlasting showstopper!

They were just four guys from Jersey, until they sang their very first note. They had a sound nobody had ever heard… and the radio just couldn’t get enough of. But while their harmonies were perfect on stage, off stage it was a very different story — a story that has made them an international sensation all over again. Go behind the music and inside the story of Frankie Valli and The Four Seasons in the Tony and

Grammy Award®-winning true-life musical phenomenon, JERSEY BOYS. From the streets of New Jersey to the Rock and Roll Hall of Fame, this is the musical that’s just too good to be true. FEATURING THE LEGENDARY TOP TEN HITS: “Sherry” • “Big Girls Don’t Cry” • “Walk Like A Man” • “Can’t Take My Eyes Off You” • “December, 1963 (Oh What A Night)”

The critically acclaimed smash-hit Broadway musical The Band’s Visit is the winner of 10 Tony Awards®, including Best Musical, making it one of the most Tony-winning musicals in history.  It is also a GRAMMY Award® winner for Best Musical Theater Album. In this joyously offbeat story, set in a town that’s way off the beaten path, a band of musicians arrive lost, out of the blue. Under the spell of the desert sky, and with beautiful music perfuming the air, the band brings the town to life in unexpected and tantalizing ways. With a score that seduces your soul and sweeps you off your feet, and featuring thrillingly talented onstage musicians, The Band’s Visit rejoices in the way music makes us laugh, makes us cry, and ultimately, brings us together.

COME FROM AWAY tells the remarkable true story of 7,000 stranded passengers and the small town in Newfoundland that welcomed them. Cultures clashed and nerves ran high, but uneasiness turned into trust, music soared into the night, and gratitude grew into enduring friendships. This authentic and moving musical chronicles the untold true story about one of history’s most infamous days, featuring a vibrant score that will send you soaring. On September 11, 2001 the world stopped. On September 12, their stories moved us all.

BEAUTIFUL – The Carole King Musical tells the Tony® and Grammy® Award-winning inspiring true story of King’s remarkable rise to stardom, from being part of a hit songwriting team with her husband Gerry Goffin, to her relationship with fellow writers and best friends Cynthia Weil and Barry Mann, to becoming one of the most successful solo acts in popular music history. Along the way, she made more than beautiful music, she wrote the soundtrack to a generation.

Note: all previously purchased tickets to Beautiful – The Carole King Musical will be honored for the rescheduled performance dates. Visit www.liedcenter.org/COVID19 for more information.

Throughout her illustrious career, Bernadette Peters has dazzled audiences and critics with her performances on stage, film and television, in concert, and on recordings. One of Broadway’s most critically acclaimed performers, Bernadette has garnered accolades including three Tony Awards® for legendary performances in Broadway musicals including Into the Woods, Annie Get Your Gun, Sunday in the Park with George, Gypsy, Song and Dance, Follies, and the recent revival of Hello, Dolly!  Peters has lit up the silver screen in 17 films throughout her distinguished career, and received a Golden Globe Award® for her memorable performance in “Pennies From Heaven.” She currently guest stars on the NBC-TV series, “Zoey’s Extraordinary Playlist”. Don’t miss your chance to see one of Broadway’s most celebrated stars performing hits from her legendary career!