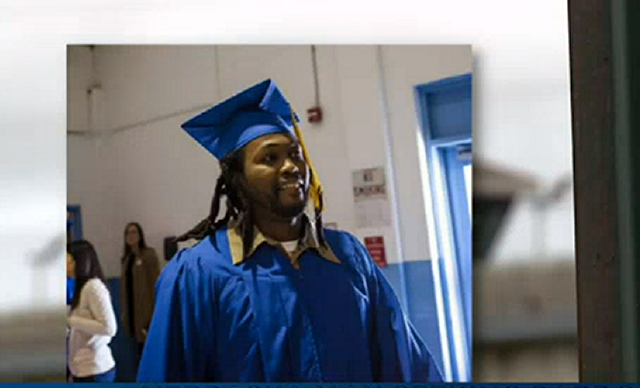 Jackson, was accused of being involved in the 1999 shooting death of Larry Perry in Omaha when Jackson was 17-years-old. He was arrested along with two other men, Shalamar Cooperrider and Dante Chillous, and convicted before the other two men went to trial. When Cooperrider had his day in court, he took full responsibility for the crime, said it was in self defense and was acquitted. Chillous also wasn’t convicted in the shooting, but Jackson has been behind bars for 22 years.

“A lot of people on the outside you know believe in our system,” Jackson said. “I’m a person that understands and believes in our system, but I also understand no system is perfect.”

The pardon board is made up of Governor Pete Ricketts, Attorney General Doug Peterson and Secretary of State Bob Evnen. When 10/11 spoke to Jackson’s family last week, they had pleaded with them to make what they believe is the right decision.

Ahead of the hearing, people sent letters to the pardon board, throwing their support behind Jackson, including the family of Perry, the man whose death he’s serving time for. A letter provided by the Send Earnest Home initiative quoted Elizabeth Smith and Mike Hatcher. Smith was dating Perry at the time and Mike is their son, who was three-months-old at the time of the shooting.

“I felt lost and scared for my son’s future,” said Elizabeth Smith, Mike’s mother. “I was only 18-years-old and a new mother. Now, my son will grow up without his biological father – and I knew Larry wanted to be there for Mike.”

The letter said Mike has been deeply affected by Larry’s death, but he too, is in support of Earnest going free.

“I am speaking up and asking for a commutation of Earnest’s sentence because it is the right thing to do,” said Hatcher. “As a Christian, I believe in forgiveness and mercy. This will help me find healing even though I can’t change the past and meet my father. I hope that these words reach your hearts and lead each of you to grant Earnest a second chance at life to do impactful things in his community.”