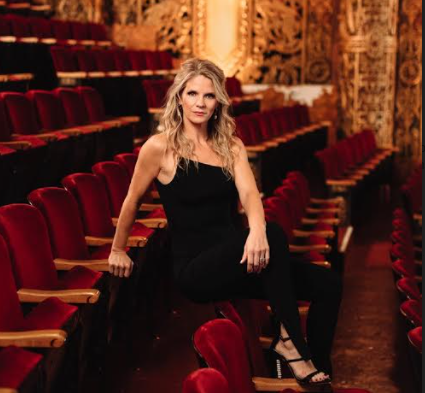 (LINCOLN, NE – June 1, 2021) Kelli O’Hara has been one of Broadway’s most in-demand leading ladies for nearly two decades, and on June 12 she’ll make her debut on the Lied Center stage.

Winner of a 2015 Tony Award® for her performance in the Broadway revival of “The King and I,” O’Hara has also co-starred with Matthew Broderick in “Nice Work If You Can Get It,” with Harry Connick, Jr. in “The Pajama Game,” and in Broadway hits including The Bridges of Madison County, The Light in the Piazza, and Kiss Me, Kate. Her television and film appearances include Sex and the City 2, 13 Reasons Why, and Peter Pan Live, and her engagements as a soloist have led to concerts at the Kennedy Center, Carnegie Hall and venues across the world!

Kelli O’Hara will perform at the Lied Center on June 12, 2021 at 7:30pm. In-person and live webcast tickets are available at liedcenter.org.

“Kelli O’Hara’s effervescent voice is like a natural anti-depressant, its pure tone and sweet sound instantly lifting the mood of anyone lucky enough to hear it.”