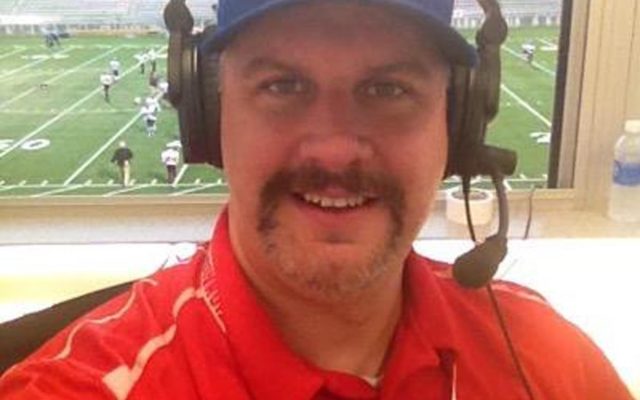 NSMA has been honoring sports broadcasters with this award since 1959. KFOR’s past honorees include Chuck Stevens, Ward Jacobson, Larry Moehlenbrink, Tim Moreland, and Dick Perry. Motz began broadcasting at KFOR in 2006 as a news anchor/reporter and backup sportscaster and earned the title of Sports Director for KFOR/KLMS in 2013. He has been in broadcasting since 1997 and doing play-by-play sports since 2000. Motz has also earned numerous gold level and first place awards in sports, news, and severe weather coverage from the Associated Press and Nebraska Broadcasters Association. He has also been the television play-by-play voice of Nebraska Wesleyan University football and basketball since 2006 and is a member of the Nebraska School Activities Association’s media advisory committee.

“We are so pleased to have Jeff recognized for his incredible dedication and commitment to sports coverage in our community,” said Katie Philippi, Market Manager. “Jeff is extremely talented and a joy to work with and be around whether in the office, in the booth, or on the sidelines. He is beyond deserving of this award.”

When not producing news, coordinating sports broadcast schedules, or calling games Motz spends time with his wife Jami, his daughter Tenaj, and son Jered. That includes watching his son compete in athletics at the high school level along with some traveling.

“I’d like to thank the National Sports Media Association and my colleagues for considering me to receive this award. I’m grateful for the opportunity I’ve been given to cover sports locally and regionally,” commented Motz. “Also, special thanks to my family for being supportive of the work I truly love doing daily in the same community I was raised in. To find myself on a list that includes some hall of fame names in Nebraska broadcasting (some of whom I’ve worked with in the past) is truly an honor.”

The National Sports Media Association & Hall of Fame is a 501 (c)(3) non-profit organization which seeks to develop educational opportunities for those who are interested in pursuing a career in sports media, through networking, interning, mentoring, and scholarship programs. The NSMA also honors, preserves, and celebrates the diverse legacy of sports media in the United States.